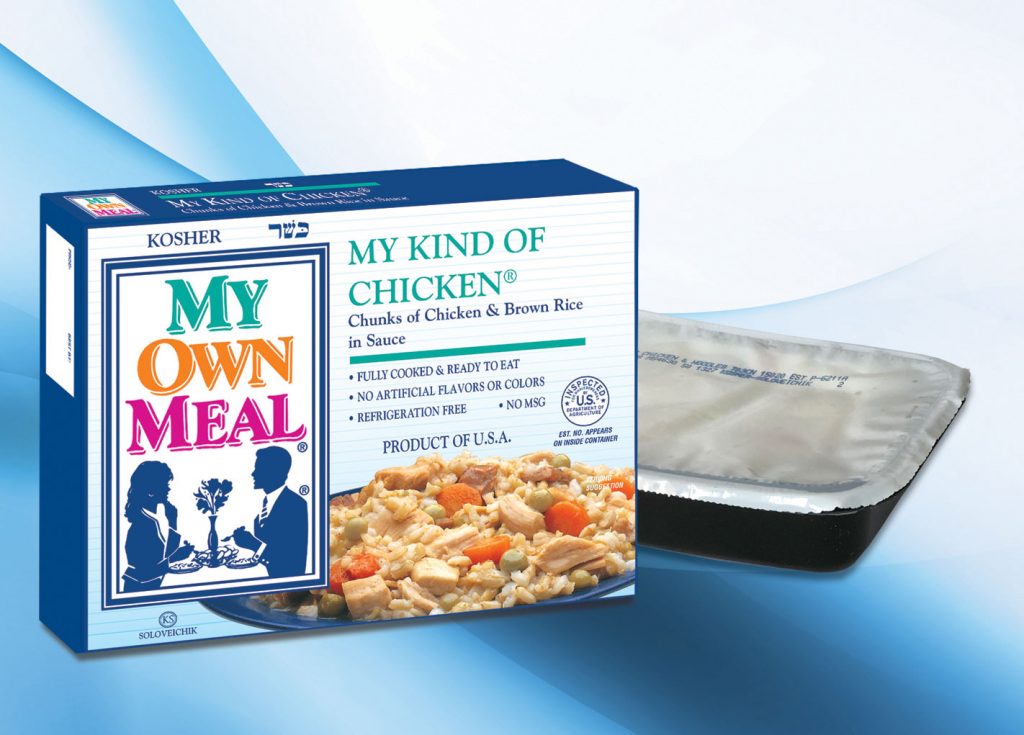 My Own Meals, Inc. is the industry leader in the manufacturing and marketing of shelf stable kosher food.  Our primary markets are institutions, food service, vending, web sales, military, international exports, and emergency food for disaster planning and relief.  We are very proud of the work we do and continue to share our knowledge and capabilities with customers facing special dietary challenges and kosher meal planning.

We value our reputation as the source for consistently high quality, low cost kosher meals.  Our customers recognize our outstanding customer service and our ability to take on their dietary challenges to discover cost effective alternative solutions.

We look forward to continuing our journey as market opportunities change and evolve. 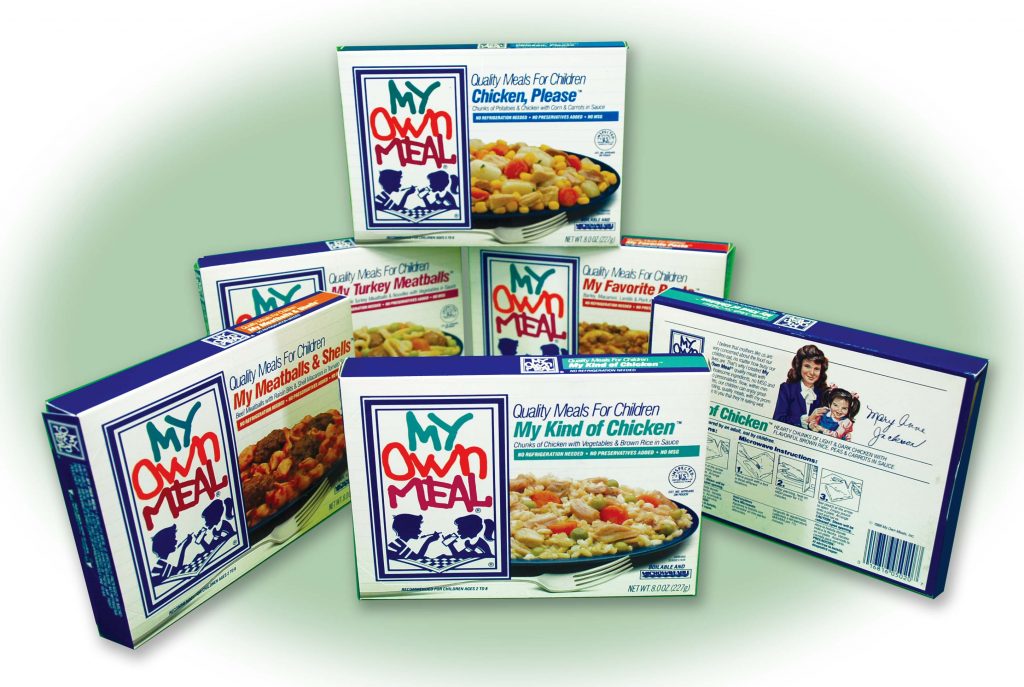 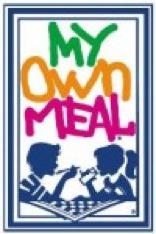 Mary Anne Jackson founded the Corporation in 1986, introducing shelf stable Children’s Meals and creating a new healthy Children’s Meals Market. It was an innovative endeavor and a bit ahead of its time because shelf stable food items, other than canned goods, were not widely available in the US. This left consumers confused about where to find them in the store, and challenged grocers to establish where and how to merchandise this new category. 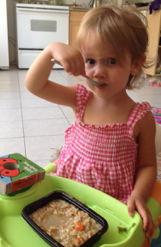 Jackson created our brand name so that it has the acronym of MOM, a name that inspires comfort, especially among young children. MOM’s children’s meals were marketed to attract two types of customers – both parents and their children. We needed to motivate parents to buy a wholesome My Own Meal®. Equally important, their children had to love the taste and ask for more.

Our commercial jingle became, Serve the ones you love, My Own Meals®.

Consumers discovered MOM’s children’s meals through stories appearing in consumer magazines and through radio and TV broadcasts both in the US and internationally.

Moving On To New Opportunities

As major food companies entered into the children’s meals market, and competition became more challenging and expensive for an entrepreneurial player, we shifted our focus to the adult meal market. At about the same time, an unexpected challenge materialized – war. 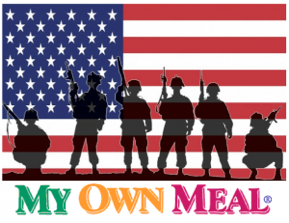 After September 11, 2001, Operation Iraqi Freedom commandeered US shelf stable, food production capacity to support the war effort. Without production capacity for an indeterminable future period of time, My Own Meals would not be able to re-supply stores in its national roll out of its children’s meals.

With challenges come opportunities. The Department of Defense needed kosher and halal meals for some of its soldiers – a new food program never before in the military’s system. Military procurement personnel were charged with finding solutions of where to source and how to deliver kosher and halal meals to active soldiers.

Jackson and My Own Meals were about to change history by creating an entirely new ration program and procurement process for the US Military. Working under an unfunded government contract, Jackson invested MOM’s private funds to develop both a new ration program, and kosher and halal products. 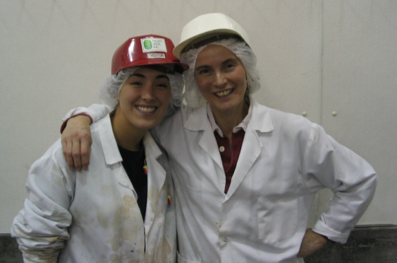 During what would become a five-year undertaking, Jackson created US Military Meals Ready to Eat (MRE) that met religious dietary needs. My Own Meals sent samples to army and marine chaplains for field testing. Jackson coordinated efforts of both the Jewish and Muslim communities, and worked with Congress and the GAO (Government Accounting Office). She also presented proposals to the Pentagon and Defense Logistics Agency (DLA).

Jackson became a board member for eight years and eventual Chairman of the Research and Development Associates, Inc., an industry-government association to make connections and learn. 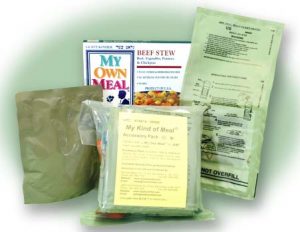 Finally, on January 16, 1996, seven military agencies met at the Pentagon and agreed to implement Jackson’s kosher and halal Meals, Ready to Eat program. As part of the program, Jackson insisted it be included in the MRE funded program and not a Chaplaincy program. In this way, the kosher MREs became part of the military subsistence procurement system and available to all requiring a religious diet, instead of being relegated to a “special request” or “religious accommodation” status if purchased through the Chaplaincy.

More importantly, My Own Meals was permitted to bid on the solicitation to supply MREs, a process usually reserved for three protected industrial base companies. It won the contract in June 1996.

For almost two decades, My Own Meals and Jackson were recognized in appreciation for the outstanding performance in supplying MOM’s My Own Meal® kosher MREs and J&M® halal MREs, successfully meeting surges and slowdowns in demand, with 100% on-time deliveries.

As a vital defense contractor, My Own Meals, Inc. shipped more than thirty (30) million MREs throughout the world in support of military operations.  Supply officers in field often referred to our MREs as MOM MREs or MOMs when ordering with DLA.

In 2002, Jackson was awarded a Certificate of Appreciation for Patriotic Civilian Service from the Department of the Army, the highest medal awarded civilians.

Beyond a Defense Contractor’s Mantle

While working with the military, My Own Meals also entered the institutional market with its new line of adult shelf stable kosher food in microwavable plastic trays. Our exceptional customer service and tasty, high quality meals at reasonable prices, encouraged institutions to supplement or replace the frozen meals they were using. 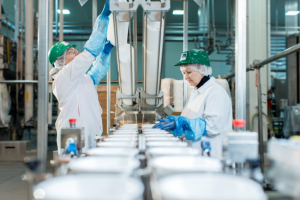 While the US military business slowed and matured, our institutional business continued to grow and develop. Jackson’s team is taking My Own Meals beyond the military market. My Own Meals does continue to ship its kosher and halal MREs to the US military as defense suppliers under its General Services Administration (GSA) contract and separate military operations contracts. Yet the US military is no longer a major customer market. 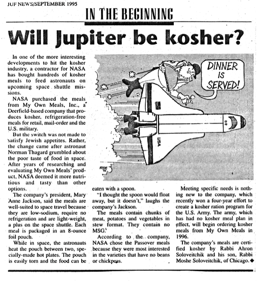 My Own Meal® and J&M® shelf stable food products have been distributed and enjoyed all over the world, from under the polar ice cap to the reaches of astronauts on the Space Station; from jet fighters in the Netherlands to hospital patients back home. 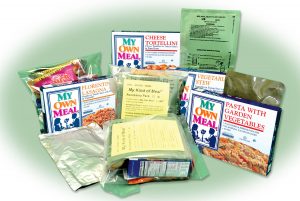 Consumers displaced by hurricanes over the years also welcomed our MREs and meals which were distributed by FEMA. 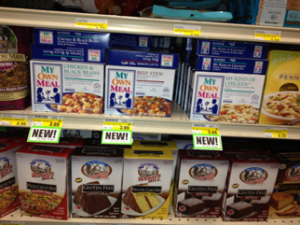 Children and adults requiring gluten free meals find a tasty solution to meal planning. Religious Jews no longer need to search the snack aisles to find some kosher certified foods to eat when away from home… They bring nutritious My Own Meal® shelf stable meals with them.

Wherever there is a challenge to meet specialized food demands, My Own Meal® delicious meals are there providing innovative solutions.